What Experts Are Saying about the 2021 Job Market

Earlier this month, the Bureau of Labor Statistics (BLS) released their most recent Jobs Report. The report revealed that the economy lost 140,000 jobs in December. That’s a devastating number and dramatically impacts those households that lost a source of income. However, we need to give it some context. Greg Ip, Chief Economics Commentator at the Wall Street Journal (WSJ), explains:

“The economy is probably not slipping back into recession. The drop was induced by new restrictions on activity as the pandemic raged out of control. Leisure and hospitality, which includes restaurants, hotels, and amusement parks, tumbled 498,000.”

“The 140,000 drop in non-farm payrolls was entirely due to a massive plunge in leisure and hospitality employment, as bars and restaurants across the country have been forced to close in response to the surge in coronavirus infections. With employment in most other sectors rising strongly, the economy appears to be carrying more momentum into 2021 than we had thought.”

Once the vaccine is distributed throughout the country and the pandemic is successfully under control, the vast majority of those 480,000 jobs will come back.

Here are two additional comments from other experts, also reported by the WSJ that day:

Nick Bunker, Head of Research in North America for Indeed:

“These numbers are distressing, but they are reflective of the time when coronavirus vaccines were not rolled out and federal fiscal policy was still deadlocked. Hopefully, the recent legislation can help build a bridge to a time when vaccines are fully rolled out and the labor market can sustainably heal.”

“The good news in today’s report is that outside the hopefully temporary hit to the food service industry, the rest of the labor market appears to be holding in despite the latest public health challenges.”

What impact will this have on the real estate market in 2021?

Some are concerned that with millions of Americans unemployed, we may see distressed properties (foreclosures and short sales) dominate the housing market once again. Rick Sharga, Executive Vice President at RealtyTrac, along with most other experts, doesn’t believe that will be the case:

“There are reasons to be cautiously optimistic despite massive unemployment levels and uncertainty about government policies under the new Administration. But while anything is possible, it’s highly unlikely that we’ll see another foreclosure tsunami or housing market crash.”

For the households that lost a wage earner, these are extremely difficult times. Hopefully, the new stimulus package will lessen some of their pain. The health crisis, however, should vastly improve by mid-year with expectations that the jobs market will also progress significantly.

Will Forbearance Plans Lead to a Tsunami of Foreclosures? 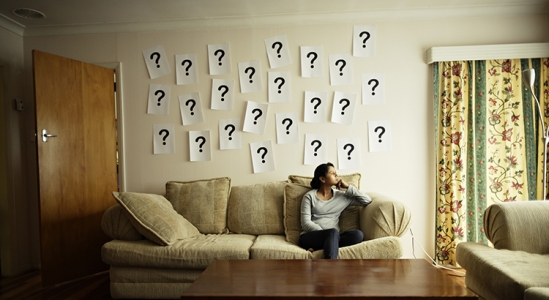 At the onset of the economic disruptions caused by the COVID pandemic, the government quickly put into place forbearance plans to allow homeowners to remain in their homes without making their monthly mortgage payments. Today, almost three million households are actively in a forbearance plan. Though 29.4% of those in forbearance have continued to stay current on their payments, many have not.

These homeowners have been given permission to not make their payments, but the question now is: how many of them will be able to catch up after their forbearance program ends? There’s speculation that a forthcoming wave of foreclosures could be the result, and that could lead to another crash in home values like we saw a decade ago.

However, today’s situation is different than the 2006-2008 housing crisis as many homeowners have tremendous amounts of equity in their homes.

What are the experts saying?

Over the last 30 days, several industry experts have weighed in on this subject.

“We may very well see a meaningful increase in the number of homes listed for sale as these borrowers choose to sell at what is arguably an intermediate top in the market and downsize to more affordable homes rather than face foreclosure.”

“The foreclosure process is based on two steps. First, the homeowner suffers an adverse economic shock…leading to the homeowner becoming delinquent on their mortgage. However, delinquency by itself is not enough to send a mortgage into foreclosure. With enough equity, a homeowner has the option of selling their home, or tapping into their equity through a refinance, to help weather the economic shock. It is a lack of sufficient equity, the second component of the dual trigger, that causes a serious delinquency to become a foreclosure.”

“With a greater cushion of equity, troubled homeowners have dramatically improved options: a greater ability to access funding (e.g. home equity lines) to keep paying monthly expenses until family finances might recover, improved ability to qualify for and support a loan modification, and, if push comes to shove, the ability to sell the home and monetize their increased net worth while reducing monthly payment obligations. So, what should lenders and servicers expect: a large number of foreclosures or only a modest increase? I believe the latter.”

With today’s positive equity situation, many homeowners will be able to use a loan modification or refinance to stay in their homes. If not, some will go to foreclosure, but most will be able to sell and walk away with their equity.

Won’t the additional homes on the market impact prices?

Distressed properties (foreclosures and short sales) sell at a significant discount. If homeowners sell instead of going into foreclosure, the impact on the housing market will be much less severe.

We must also realize there is currently an unprecedented lack of inventory on the market. Just last week, realtor.com explained:

It’s important to remember that there weren’t enough homes for sale even then, and inventory has only continued to decline.

The market has the potential to absorb half a million homes this year without it causing home values to depreciate.

The pandemic has led to both personal and economic hardships for many American households. The overall residential real estate market, however, has weathered the storm and will continue to do so in 2021.